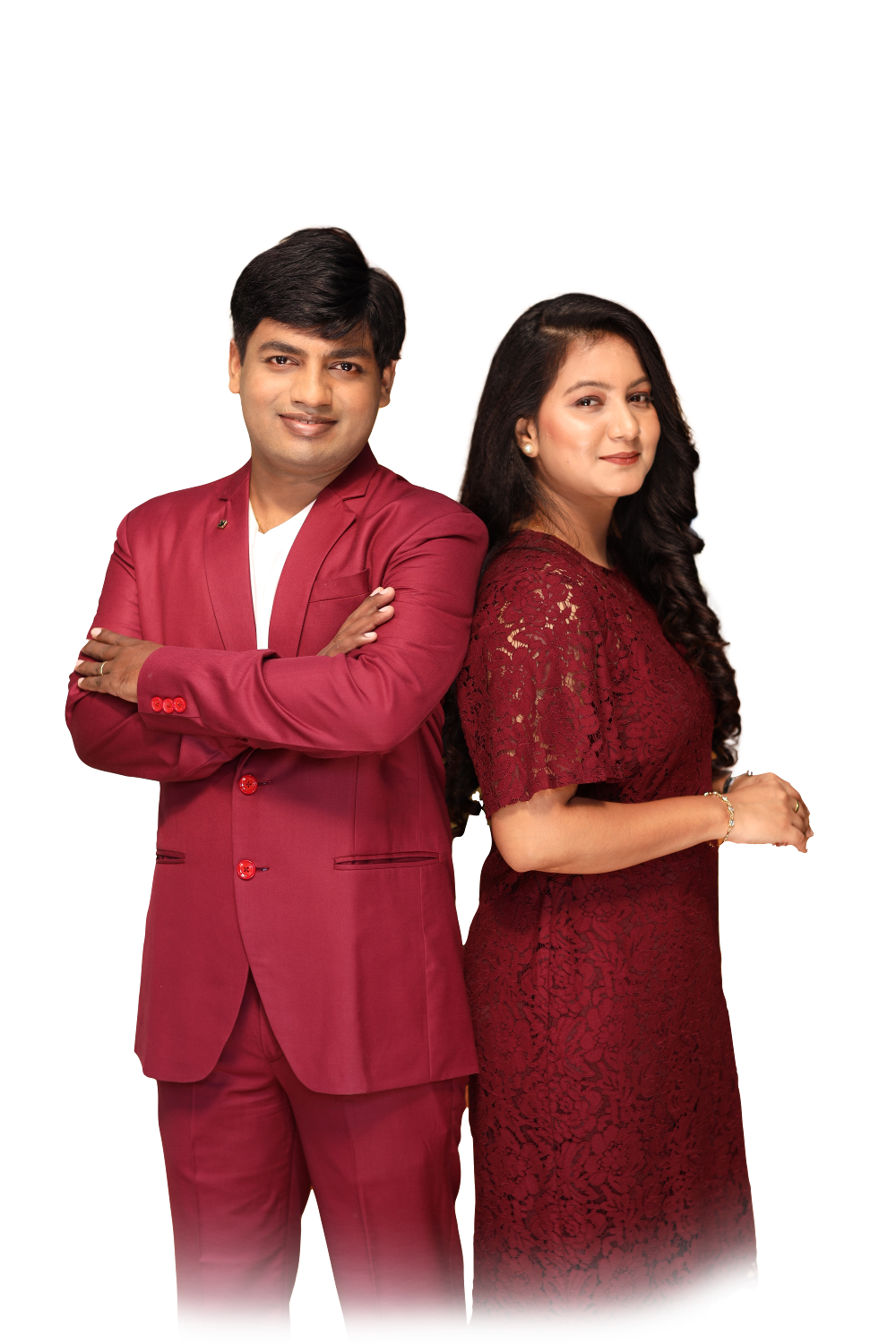 Meet The Young Visionary From The Orange City Of Nagpur, Who Has Become A Phenomenon Among The Christian Community

Evans Francis's life story is an inspiration for all young people who are growing up in a world that does not always seem conducive to faith. Nagpur is a large city in central India, famous for its sumptuous oranges, delightful cultural events, and literature. The Orange City, as it is famously called, is home to a large number of Hindus and a considerable population of Buddhists and Muslims. However, the Christian community represents just a meager 1.15 % of the over 2.4 million people. It would be easy to think that a Christian in Nagpur who is determined to share their faith and spread the word of God would struggle, be discouraged, and feel like a lonely voice in the wilderness. For many Christians, that may well be the case—but not for 33-year-old Evans Francis, who is bringing people to Christ by the thousands with his ministry. In a world where the faith of the Christian community is being challenged and undermined by a growing number of people who are becoming atheists, Evangelist Evans Francis has shown that it is possible for Christians to be relevant, compassionate, and uncompromising in their faithfulness towards the Holy Scriptures.

Who is Evangelist Evans Francis?

Born in the modest Indian village of Mukerian, Punjab, in 1988, Evans began his evangelistic career at the very tender age of 19. On answering the call from God, he put everything behind and began a journey in the service of the Lord, which has taken him all over India and different parts of the world.

Despite many challenges and obstacles, Evans did not deviate from his work but continued to follow the vision and calling of God upon his life.

Evan's life has not been an easy one, even as a baby. At just six months old, he was already battling epilepsy, which everyone, including medical experts, concluded would be a lifelong struggle. But, Evans remarks that a greater authority had different plans for his life.

"When I was six months old, I underwent treatment for epilepsy. I was treated in Christian Medical College in Ludhiana. I used to get electric shocks—doctors said I would be like this throughout my life. But today, I'm a postgraduate. What is impossible for man is possible for God."

This marked his first victory in his life, one which he attributes to the grace of God. However, there was more to come. As a freshman in high school, Evans faced yet another health issue—he was diagnosed with Acute Pancreatitis. This is a condition where the pancreas becomes inflamed or swollen over a short period of time.

What was really surprising about this ailment is that it is very rare among kids. In fact, it occurs in one in a million among children. So why was Evans so unlucky? Life at this point seemed hell on earth for him—each day was a struggle to survive, as he was in agonizing pain, vomiting, and completely bedridden.

To make matters worse, Evans couldn't seek immediate treatment due to the dire financial situation of his family. A life-threatening disease that should have been attended to immediately was delayed for three whole days. But against all odds, he defied medical science and pulled through, yet again.

"When I was in 9th Standard, I suffered from a disease called Acute Pancreatitis. During the time, I used to vomit 50 times a day. When I was taken to the hospital after three days, I was in agonizing pain. The Doctors said I might not survive because it took three days for me to reach the hospital due to our financial condition. But in 7 days, I got discharged supernaturally. Again I say, what is impossible for man is possible for God."

For someone so young, Evans had already experienced two major health issues—a rare one, at that. What was even more surprising was the way he was able to recover and defeat the odds twice. It felt like God was giving him a second chance to live, this time with good health.

Unfortunately, the celebration was short-lived. Once again, Evans had another health problem—this time, it was his Kidney. Why was such a young boy constantly haunted by health issues?

His family was left in despair after it was confirmed in a hospital that he was suffering from Kidney Stones. The sonography was clear as day; Evans needed to undergo a medical procedure if he wanted to survive this storm.

Interestingly, rather than opt for immediate treatment, Evans and his family resorted to prayers. It seemed like a tall order for a young boy to get divine intervention, but his faith in the Lord was unwavering. With faith, he went with his family to another diagnostic center, and his results returned normal—the stone was nowhere to be found.

"There was a time a Doctor had told me that I have Kidney Stones, and sonography confirmed that. We prayed and went to another diagnostic center; believe it or not, the stone was not there. I believe that Jesus has healed me," he said.

Evans explained that the consistent health problems he faced in his early life, and even the gruesome car accident he experienced, once led him to believe that he was cursed. There was no rhyme or reason to it—he could not understand why God would choose him for such suffering.

In his words, "I have gone through thousands of injections in my life; I used to see myself as the cursed one. But now I understand that all things work together for good, for those who love God."

The complete restoration of health gave Evans a new lease on life, and he feels like God has given him a special gift in his hands—a chance to serve humanity by testifying about how they can also be healed completely through faith in God's promises.

Evans, who has been a victor in all his battles up to this point which would have broken the spirit of many people, wants every Christian to know that God is on their side. In fact, he quotes a scripture in the Bible (Psalm 118:17) which says, "I shall not die, but live: and shall declare the works of the Lord."

On 18 July 2017, Evans married Neha, who was born and brought up in Bhilai, Chattisgarh, and together they are fulfilling their mission and travel around the globe.

Evans has established churches, teaches and preaches the Word of God, and is busy leading many to the Kingdom of God. In addition, he has authored a number of Christian books and composed several beautiful songs that have touched lives among listeners worldwide.

This visionary evangelist is also maximizing digital media to spread the gospel, one of which is his YouTube channel, "Evans Francis," with millions of views to date. He fearlessly shares the dreams, visions, and messages that God gives him for the body of Christ, which are posted on his mobile app "Evans Francis," available on Google Play and Apple Store for free.

As is evident, Evans has had to go through life-threatening trials and tribulations. But nothing could hold him back from fulfilling his calling—which is to reach out with the love of God to as many people in the world as possible.